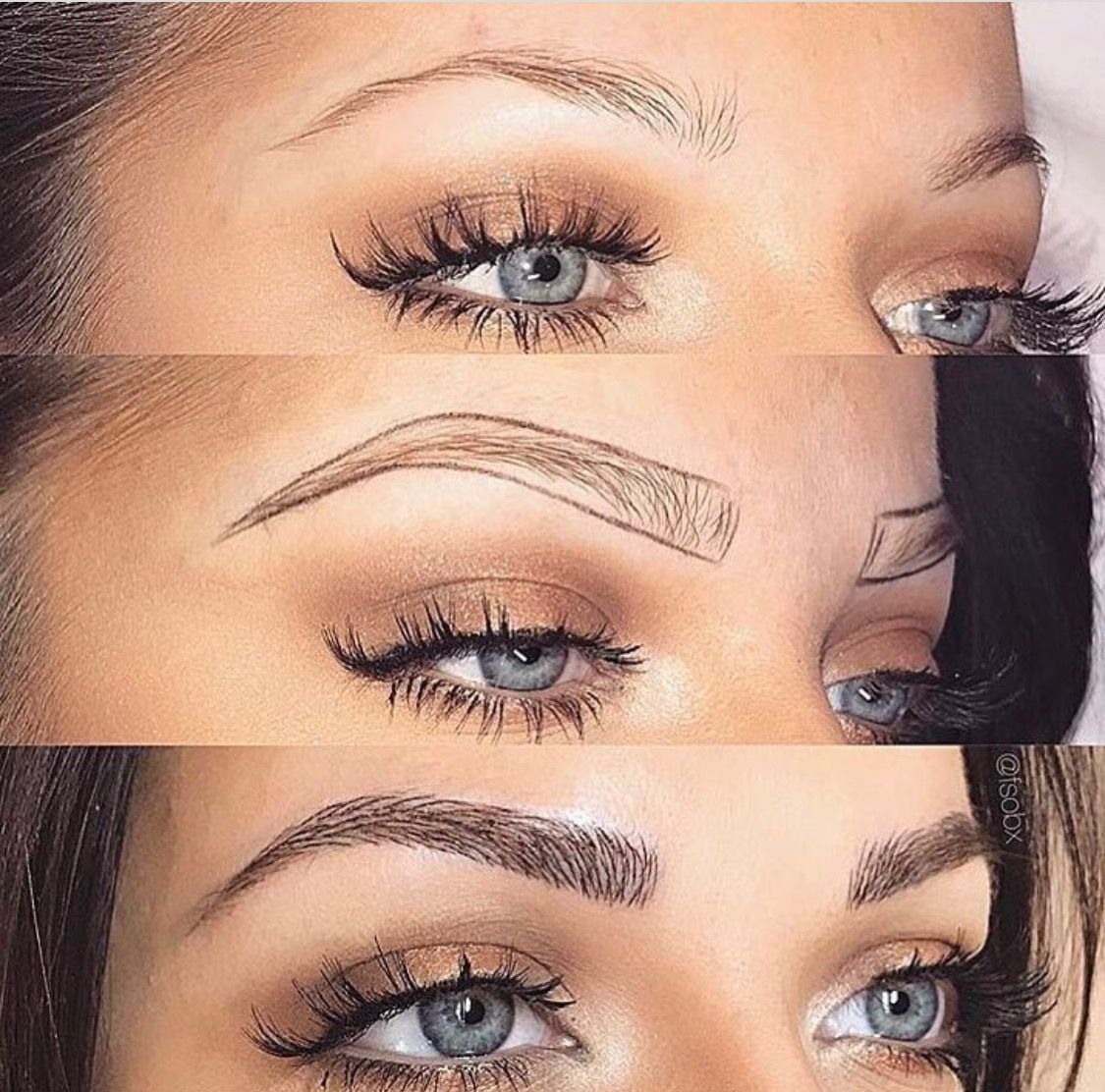 So, you’re joining the ranks of the eyebrow-challenged who are planning to undergo microblading. Months before your wedding, you realize your eyebrows need additional work. “Why not try microblading?”, you’ve been told. You’ve heard about it but know very little.

A popular misconception is that the practice originated in Japan. But if you were to ask the Japanese, they’ll reply with a blank stare. They have no idea what microblading is. Like NONE. Three years ago, the only known eyebrow artist in Japan was a foreigner.

Let’s get the facts straight first. It’s not tattooing, but it’s very close. The process doesn’t involve transplanting hair either. You still get fake eyebrows, but these are much better than those drawn by the best pencil you can find.

Microblading is a procedure that involves an artist drawing lines on your eyebrow skin with the use of a tiny blade that also serves as a pen filled with semi-permanent ink. The pigments are embedded less than a hair’s width under your skin’s surface. No skin puncturing occurs during the process. The desired result is for your eyebrows to look naturally fuller.

The ink lasts for a year and a half at the most. You need a touch-up every two months. Your artist or stylist will tell you when you need to return.

What’s So Special About Microblading?

Think of the time you spend every day drawing eyebrows, only for them to be washed off again as soon as you jump in the shower. You’ve tried pencils that can mimic microblading, but again, your drawn lines only last a day.

With microblading, you rid yourself of the trouble of drawing eyebrows daily. Like we said earlier, your microbladed eyebrows last for about a year and a half. That’s about 547 days of not having to use an eyebrow product. Oh, and by the way, your eyebrows will still look natural.

Why Consider Microblading for Your Wedding?

Of course, you want to look your prettiest, but not only on your wedding day. Days or weeks before your big event, you’ll be having one or more bridal showers, engagement and couple’s parties, wedding rehearsal dinner, etc. You have an idea, but you’re not sure how many pre-wedding activities you have to attend. A member of the family, a colleague at work, or a friend may suddenly throw one of those soon-to-get-married affairs you can’t say no to.

Your fiancé is going to tell you it doesn’t matter to him whether you have fuller eyebrows or not. He may even tell you that Mona Lisa had no visible eyebrows, yet Da Vinci’s painting is a masterpiece. However, if microblading is right for you and money isn’t an issue, just go for it! Remember, your natural-looking eyebrows will last well beyond your wedding day.

Eyebrow artists are also called stylists, microbladers, beauty technicians, microblading, and micropigmentation artists. There may be other names they call themselves. If you want to know which artist is right for you, first, ask for a referral from people you know who have undergone the procedure. They may recommend their microblader or others. It’s always best to rely on the word of someone you trust.

If nobody can recommend one, search the internet. Stylists often advertise their work on their websites and other social media. Each artist has a different microblading style. Find at least three whose work catches your fancy. Make an appointment for a consultation. Check out their shop, salon, or boutique.

When you’ve narrowed down your choices, it’s now a matter of whose style you prefer and who you think is the most skilled. It helps if you make some inquiries to get hold of reviews from past clients who may include your friends. It’s prudent to make sure your procedure will be done by a professional. As to how much it will cost you, we’ll get to that later.

Get Tested for Biocompatibility

Before you explore the right shape and color of your future microbladed eyebrows, find out which pigment is suitable for you. There are both organic and inorganic pigments used in microblading.

Inorganic pigments are made of iron oxides. They are the first choice of microbladers because they are light. They are easier to place under the skin and are generally harmless. One of the downsides of inorganic pigments is their color consistency. Don’t be surprised if your fake eyebrows’ color changes over time.

Iron oxide is composed of iron and oxygen. Is it metallic? Many will argue that it is ceramic. The debate continues to rage on, but if you don’t want anything even slightly metallic in your body, let your artist know.

On the other hand, organic pigments are made from natural products, which include produce. They are heavy but also richer in color. A word of caution – you might be allergic to certain fruits and vegetables. Check the composition of the organic pigments used by your artist.

Request a test of your chosen pigment before the actual procedure. If your artist recommends testing first, that’s additional confirmation you’re dealing with a professional. The test will not only determine if you have any allergic reactions but also how pigments will look on your skin.

While we’re talking about biocompatibility, consult with your doctor if it’s okay for you to undergo microblading. People with certain medical conditions are not supposed to get this procedure.

If you’ve confirmed you’re not allergic to any pigmentation, it’s time to discuss how you want your eyebrows to look after your microblading procedure. Bring photos or drawings with you that can serve as a guide or inspiration to your artist. Don’t be embarrassed if you have pictures of famous women whose eyebrows you admire.

Keep in mind that it’s not just about your eyebrows. It’s also about your desired effect on your features. Microblading will transform your face!

Your artist will have suggestions and recommendations which you should seriously consider, especially if you’re talking to someone highly skilled and experienced. But in the end, what will matter most is what you believe is right for you.

I’ll tell you right upfront…you’re gonna experience patchy eyebrows days after microblading. Don’t be alarmed if your fake eyebrows seem different in color. Soon, the pigment’s actual color will become visible and blend with your natural eyebrows. Give it at least three weeks.

You’ll also experience eyebrow scabbing after microblading. This is normal. Scabs will become more evident on the fourth or fifth day after your procedure. You can let your scabs dry out and fall off, which honestly, is probably the better option. Or, you can use an ointment, which your artist will recommend. Whatever option you choose, don’t pick your scabs!

Aside from patchy eyebrows and scabbing, expect redness, a bit of swelling, and itchiness. Oh, and yes, during the healing period, you’ll be self-conscious, impatient and excited with anticipation.

Your artist will give you a list of Do’s and Don’ts, which include using anti-bacterial soap, ointments, clean pillowcases, and face towels. Heed your artist’s advice conscientiously as you would that of your doctor.

The Moment of Truth

After weeks of waiting, you’ll wake up one day, and when you look at the mirror, you’ll see a new you! If you follow our tips, “WOW” would be an understatement. You won’t won’t be able to take your eyes off your eyebrows.

How Much Does it Cost to Microblade Your Eyebrows?

The cost of microblading your eyebrows depends on your choice of an artist or stylist who will perform the procedure. It is possible to spend anywhere from $400-$2,000 for this service.

Yeah. But relax. Just do your research, and you’ll find a professional that will meet you in the middle. But if you can afford thousands of dollars and you believe that perfect eyebrows are worth the cost, why not? We’ll let you decide.

We end by stating the most important thing you should take seriously. If you want to look great on your wedding day and beyond, choose your artist well!